IGTV (IFSA Goes to Village) is a program from Village Concept Project (VCP) Commission of IFSA LC IPB that aims to educate the children about environment and forestry and also improve their english skill. The VCP program is held twice a month at Kampung Jawa, Situ Gede, Dramaga, Bogor, West Java Province, Indonesia. IFSA LC IPB has been running this program for quite a while. This program has a mini library that contains books on environmental knowledge for children. These books were donated by parties such as the IFSA alumni, NGOs, and local community. The IGTV program is for children in either kindegarten or elementary school  and are between ages 5 – 12 years. Beside that, IGTV also runs the program outside Kampung Jawa, for the example in the recreational area. Every week, the commission runs the IGTV with different theme. 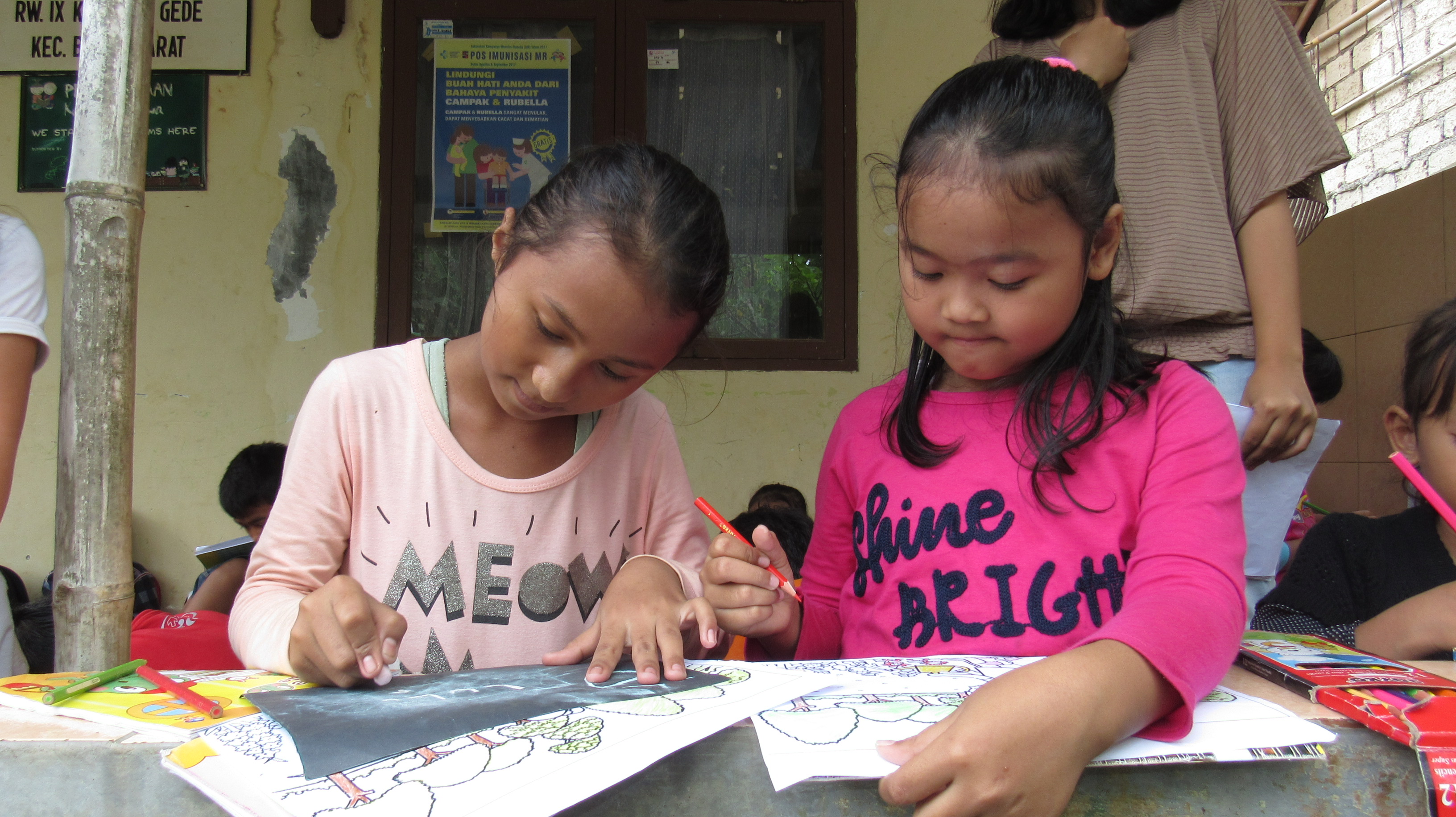 On Sunday 19th November 2017, the commission held a special edition of IGTV that celebrated Universal Children’s Day on 20th November 2017.The World Children’s Day has been held every year since 1954 to promote international togetherness, awareness among children worldwide, and improve children’s welfare. On this ocassion, The member of IFSA LC IPB created a discussion with the children about how bullying can influence their emotional ability. The members also taught them the English vocabulary that related to the bullying activities. The reponse from the children was very good. They were able to know what bullying action is as well as its effect on their dailiy activities. They also learnt how to manage their emotion when subjected to any bullying actions. Besides that, the members also held a coloring activity with them as their favorite activities. They colored about the people that plants the seed and when they play in the nature.

The next edition featured a special event from IGTV to celebrate World Tree Day on 21st November 2017. For this event, the VCP commission prepared the miniatures of tree and flower from origami paper that were given to the public to inform them about the importance of trees to life. On 19th November 2017, VCP Commission got the donation of books from local community that named in Bahasa Indonesia is “Lemari Buku-Buku” which in English is “Bookshelf”. Bookshelf is a local community in Bogor that based on volunteer activity from the youth illustrator and they give their arts to the people who gives the books to them. The books were educating collections such as the encyclopaedia, story books, children magazine, and sciences. This cooperation serves to create a continued relationship with IFSA LC IPB in the future.

Furthermore, on Sunday 26th November 2017, the children of Kampung Jawa went to IPB campus to plant trees together with members of IFSA LC IPB near the teaching laboratory room. They were very happy to plant the trees and they got the new experience. Beside that, the committee invited the children to get a short tour around IPB Campus. This activity introduced them to how to interact sustainably with nature and consider the forests as their best friend.

We provide the IGTVs with a natural environment for the children to appreciate nature and discover on their own reasons for conservation and sustainability. We provide children from a range of different backgrounds and ages the opportunity to mix and learn from one another, and we often see that through this experience the children develop self-confidence, thrive from our trust, bolster their self-esteem, and develop a healthy respect for the environment.

Mahtuf Ikhsan is currently the second year of undergraduate student in Department of Forest Management, Faculty of Forestry, Bogor Agricultural University, Indonesia. His studies revolve around international forest policy and social forestry. He is currently served as Editor in Chief of the IFSA World Tree News 2017 – 2018. He can be contacted at [email protected]