Source: http://www.matching-up.io/en/are-you-ready-to-live-in-a-smart-building/[/caption] The main task of the TEM-M as proposed by the chair of the event is to offer a platform for exchange of experiences in order to faster react to the adverse effects of climate change and to foster implementation through partnerships. It was made clear from the start that all humans rely on natural systems to sustain their livelihoods and it was emphasized that through our behavior we can greatly change the way we impact our climate. The speakers highlighted that the number of people who live in cities will continue to grow in the decades to come. They further stressed the point that cities emit 75% of all GHG emitted worldwide while at the same time the same percentage of the GDP is made in cities. The baseline of this argument was that cities can and should take over more responsibility when it comes to tackling climate change. It was assumed that cities can contribute to this best, when they are guided by good policies. [caption id="attachment_1566" align="aligncenter" width="395"] 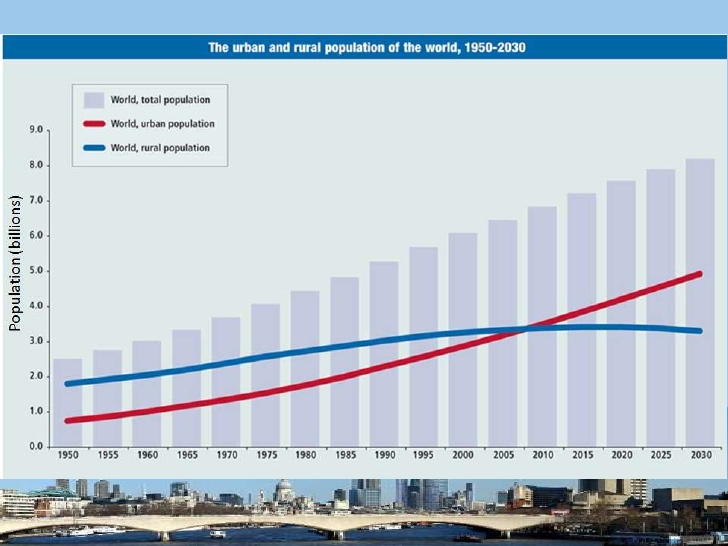 Source: https://www.slideshare.net/MissTom/urban-change-powerpoint-all-slides[/caption] Mr. Martin Frick, the director of the climate and environment division of the FAO, laid out how even an increase of one degree compared to pre-industrial levels severely affects agricultural activities. One of his main points was that the agricultural sector can bring transformation but at the same time transformational change should also be introduced to the sector. He also emphasized that the agricultural sector is a place where climate and development agendas can come together and support each other. He closed with the argument that it is possible to increase agricultural production while decreasing GHG emissions and pointed out, that this potential to reduce emissions is a reason why many countries have the agricultural sector as one main pillar of their NDCs. One key issue in agricultural production is the opportunity to address the wasting of food. About 1/3 of the food production is wasted. If we would count “wasted food” as a country it would be the third biggest producer of GHG. So we have a significant potential of saving food, improving the food supply and cut GHG emissions here. [gallery ids="1559,1558" type="rectangular"]

Another speaker, a representative of a city in Mozambique, raised the question how the negotiations at the international level actually help the people on the ground to face their challenges. He underlined the importance of building a bridge between reality on the ground and negotiations as in his explicit example, people in his city are the first to experience the adverse effects of climate change as they lack the means to adapt to it in time. And exactly these citizens expect answers rather than a long list of promises. After this statement he urged the plenary not to reinvent the wheel but rather focus to get action to the ground where it is badly needed. ]]>
By Simone Massaro|2017-05-08T22:06:04+02:00May 8th, 2017|Other posts|

The new IFSA website is being built so content of this page may be outdated or incomplete. We are sorry for the incovenience: send Feedback