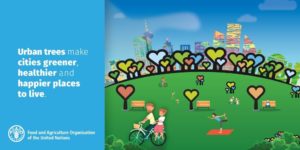 As part of the COFO24, a space was created to hold a dialogue on Urban and Peri-urban Forestry on Tuesday, 17th July, 2018 that welcomed the perspectives from Africa, policy makers and innovators. From African perspective, Ms Alice Ruto who is the Deputy Director for Agriculture, land use and Forestry in Kenya stated that an attractive environment (green space) influences property prices in Nairobi and also added that houses with an attractive environment have an added value over similar, less favorably attractive ones. Prof. Fabio Salbitano, who was a panelist pointed out that to maximize the benefits from urban forestry, stakeholders should put in some economic argument into urban forestry and went on to state that green space have a profound effects on our wellbeing and we have a great advantage in this argument. He went on by saying that for new urban forestry agenda- We are used to planting trees but we can also plant water! He asked a profound question is “Strategically growing urban forest will improve our world?” Mr. Pedro Mendes Castro made it clear that Healthy cities are forested cities and trees are 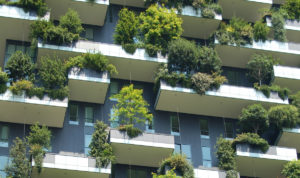 investments and in order to maximize the profits we need the right tool s, technical skills and right workforce an also choosing the right species for the right place will save us money. Mr. Abderrahim Houmy started his statement by saying that there is a great confusion between urban forest and green space. He also reiterated that there is more demand for recreation as people living in urban areas increases (urbanization). According to Mr. Abderrahim, Forestry have pressure by urbanization. How urban forestry can adapt to urban spaces we need partners to do this and its local government that can play a crucial role in this regard-people who deal with water, trees, light, environment and trees. He stated that forestry students in Morocco are made to plant at least a tree whiles in the University. A question was asked from one of the delegate “Are there potentials in Urban Forestry?” Ms. Beth MacNeil explain the relevant of designing healthy living and stated that air pollution is linked to 40,000 death. She went stating the value of urban forestry. Urban forestry reduces GHGs emission, increases the use of green products just to mention a few. The way we design urban forest have a great effects on our health. Forest literacy-Urban forest can serve as a classroom by teaching people about the value of forest. We have to medicalize health care with nature and Green Prescription can help. Nowadays the focus on Urban Forestry is globally increasing, mostly due to the fact that the world is urbanizing very quickly: by 2050, 70% of the global population will live in cities and towns. 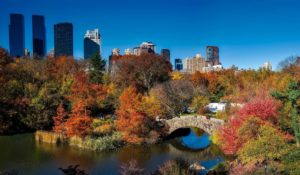 Such relevant interest will lead to the 1st World Forum on Urban Forestry, held in Mantova (IT) from 28th November to 1st December 2018, which will bring together the experts of urban forestry from all over the world to exchange experience, discuss possible long-term collaboration on the development of urban forestry strategies and the identification of nature-based solutions towards a greener, healthier, and happier future. 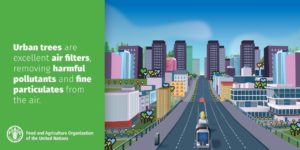 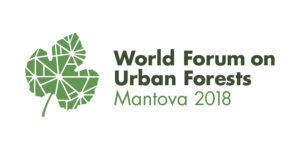